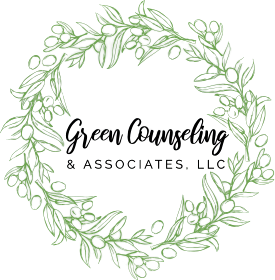 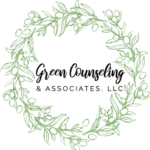 The psychological therapy known as eye movement desensitization and reprocessing, or E.M.D.R., has gained increasing attention in recent years as a treatment for post-traumatic stress disorder.  It is effective at reducing the symptoms of those suffering from the results of serious trauma. The integrative approach uses rapid eye movements and other procedures to access and process disturbing memories.  The technique assists the brain in unlocking the synapses of the front lobe and processing and downloading the trauma from the frontal lobe, which is where the brain captures it.  It’s able to push the trauma to the long term memory. The trauma goes from being this awful, triggering, horrible event that you can’t shake to being a fading, distant memory, which is where we need all the traumas to go.  The therapy has been recognized as effective by numerous organizations, including the American Psychiatric Association and the Department of Defense.

“Recent research has demonstrated that certain kinds of everyday life experiences can cause symptoms of P.T.S.D. as well,” says Francine Shapiro, the originator of E.M.D.R. “Many people feel that something is holding them back in life, causing them to think, feel and behave in ways that don’t serve them. E.M.D.R. therapy is used to identify and process the encoded memories of life experiences that underlie people’s clinical complaints.”

Some of those everyday life traumas are experienced by first responders.  Mental illness and the most effective ways to support it among firefighters and police officers have been in sharp focus of late.  Studies have revealed that firefighters across the U.S. statistically are more likely to die by suicide than in the line of duty.  Suicide is often a result of mental illness, including depression and PTSD, which stems from constant exposure to death and destruction.  Firefighters die by suicide at “a considerably higher rate” (18/100,000) than the general population (13/100,000).

It is extremely important to be able to recognize trauma and know how to approach others when they have experienced trauma to urge them to seek further support. EMDR techniques are one of the heaviest hitters in both treating and mitigating trauma.

Firefighters and police officers often do not go home and tell their significant other what is bothering them.  They don’t want to put that burden on them. There is a protection factor in which they do not want their loved ones to have the visuals that they have seen. This can become a major struggle for someone carrying around the trauma and even secondary trauma by themselves.  We must continue to help our first responders feel safe about discussing mental issues they may be facing as well as how to build resiliency.  EMDR is one of those tools that can be utilized to facilitate healing.

Anyone feeling desperate is urged to call 1-800-273-8255 or visit suicidepreventionlifeline.org